There have been a number of really good posts on the licensing so far, but, I think, the main problem for me used to be that I just could not consume all that information till I left the familiar space of the On-Premise implementations and started working in the online environment.

So, in this post, I’m just going to emphasize a few things about licensing that seemed important to me.

1. What is the difference between a CDS instance and a Customer Engagement instance?

Really they are both CDS, but there are different actions you can take on them:

Also, Customer Engagement instances will have those extra solutions which, I believe, you can’t just get added to the regular CDS instances.

I would say that any CE instance is still a CDS instance, but the opposite is not true.

2. What is the difference between a model-driven app and Dynamics CE?

In this context, the concept of restricted entities starts making sense – there are certain entities introduced through those first-party applications which Microsoft wants to license through Dynamics plans rather than through Power Apps plans:

It’s as if you created a model-driven app, allowed others to install it, but still wanted to collect licensing fees from somebody willing to use that app in their environments. You’d create a license plan etc.

3. How do you decide which license your users need?

Price. is the obvious factor here. And a PowerApps P2 license would cost you about one third of the Customer Engagement licence.

However, depending on the license assigned to them your users will have different rights.

The diagram below is copied directly from the Dynamics 365 licensing guide:

Here is the list of so-called “complex” entities (out of the box entities which require a P2 plan):

Word of caution: apparently, your license requirements may change as you keep developing different solutions. A P1 user working with the Canvas Apps only might suddenly require a P2 license if a plugin gets added by a developer.

4. Can you create custom entities that replicate restricted entities?

Again, looking at he licensing guide:

So yes, now you can.

BUT it does not apply to the Team Member licenses. Although, it’s not so much about replicating the entities – it’s more about the fact that Team Member licenses are given in the context of the main application scenario (Sales, Customer Service, etc), and you are not allowed to use custom entities which are changing the core purpose of the specified Team Members scenario:

Apparently, if you create a custom Case entity, you will be changing the core purpose.

5. So, just to confirm, how would a pure CDS model-driven app look like?

Actually, if you are a seasoned Dynamics user, that model-driven app would look very familiar: 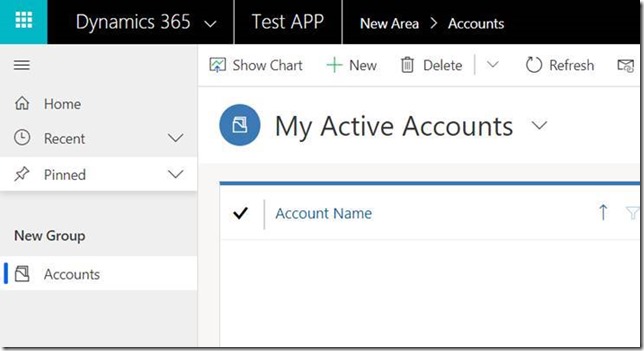 As a system customizer, you will also have access to the solutions, solution designer, etc. Basically, you’ll feel pretty much at home:

6. And what are the gotchas?

Some of the features which are outside of the “restricted entities” don’t seem to be available in the regular CDS instances yet. For example, that applies to the SharePoint integration and to the Outlook App.

However.. based on the diagram above it seems to be possible to add a P2-licenses user to a CE instance, and such a user will get access to those features.

PS. If you are in the mood for more reading, have a look at these two posts: