Remember the old days when all developers (and not only developers) had to also develop an habit of using CTRL+S to save their changes so not to lose them?

There is a bit of that in the PowerApps / Dynamics Application designer right now. Depending on how you add entities to the sitemap in your application, you may or may not get them added to the application. You may also have to remember to hit the “Save” button.

1. When adding an entity to the site map from within the model-driven app, you’ll see that entity added to the application as well

Here is a new app: 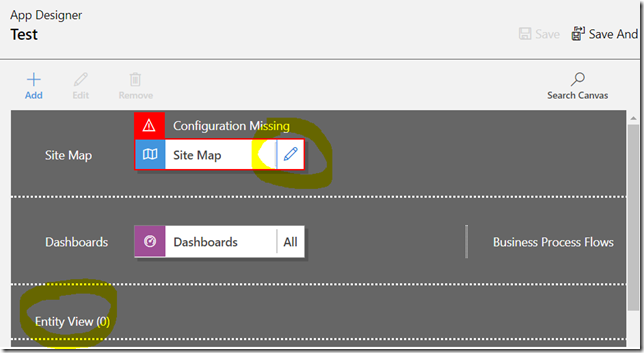 I’ve opened the sitemap editor and added Account entity to the sitemap: 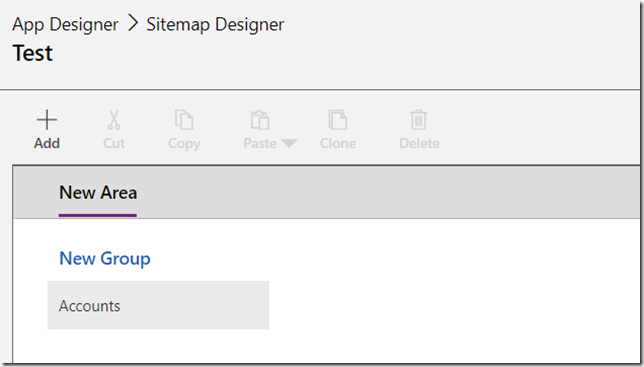 Saved and closed the sitemap – notice how account entity has been added to the app, too. I still have to hit save/publish there, but the entity has been added already (not sure how comes “Save” is required at that point, but it is. Even though I can close the app at this point without saving, then open it.. then hit “Save”): 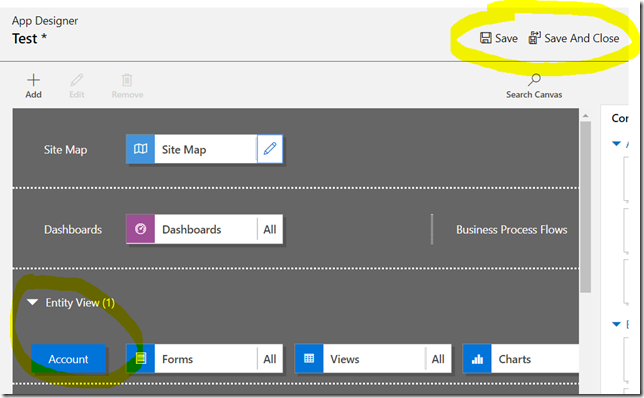 2. Let’s add another entity, but let’s try opening the sitemap directly from the solution this time (not from the application designer as we did above)

Just added Opportunities to the sitemap:

Hit “Save and close”, then opened my application from the solution:

There is still only one entity (account) in the application: 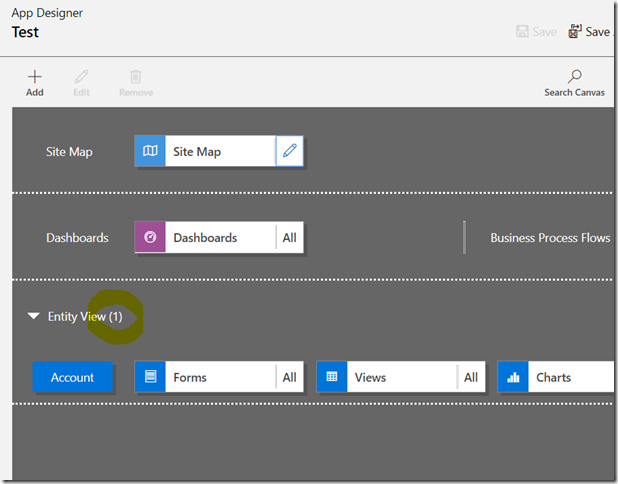 And, if I clicked Site Map to have a look at the sitemap, I would see “Opportunities” and “Accounts” in the sitemap.

Why does it matter?

What you have in the sitemap is only one part of the puzzle when working with the unified interface. There are other pieces which are affected by whether an entity has been added to the app or not. Two important ones I’ve noticed so far are:

So you really have two options: never open sitemap designer directly from the solution – always do it from the app. Or remember to add your entities to the app every time you add them to the corresponding sitemap.