When debugging a plugin, I often use PluginExecutionExceptions to display debugging messages. But, of course, it all works great when my development environment (or the plugin) is relatively isolated. And it all falls apart when there are other people working in the same environment, and they suddenly start seeing those error messages. 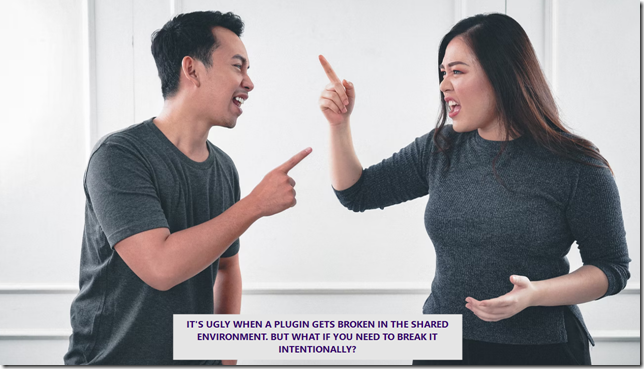 There is a simple workaround, though. Basically, I want to see those error messages, but I don’t want anyone else to be affected by them, so I just need to make sure they will be displayed for my user id. Which is easy to do with the help of the function below:

With this in place, I can now call ThrowDebuggingError, pass plugin context, message, and my userId, and that error will only be displayed when the plugin has been initiated by me.

The question of setting up a branching strategy when doing development in Dataverse comes up almost inevitably. It’s a discussion that happens at a certain point, and it can be happening on the same project a number of times as people are joining the project.

Would probably make sense to explain why we are having this issue (and, as to “whether we have a good solution”, I think it depends on the project requirements).

Once the changes are ready, they would be pushed into git, and, from there, they would go to the QA/UAT/Prod environments. 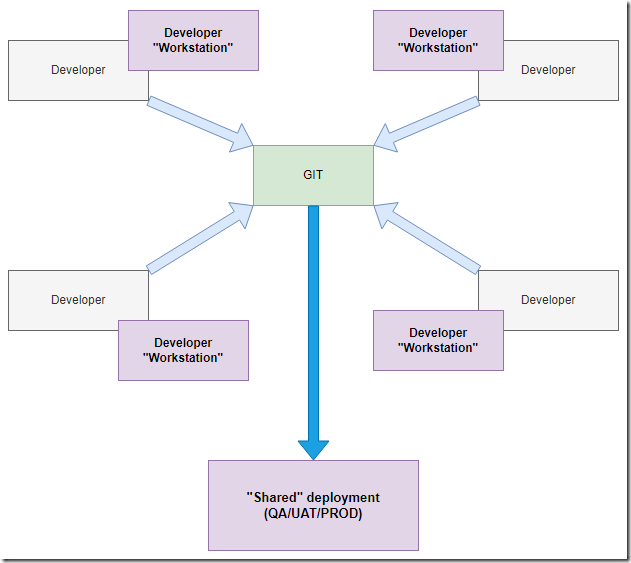 However, once we have switched to Dataverse / Power Platform, it all becomes different. Every developer would still have a workstation, but they might now be sharing the execution environment: 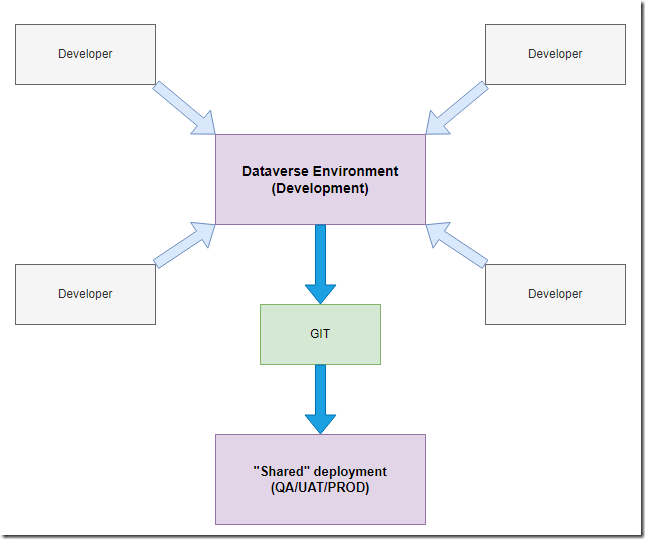 Which makes branching in git nearly impossible. So, of course, you might try changing it a little more. Why don’t we have a power platform/dataverse environment per developer? 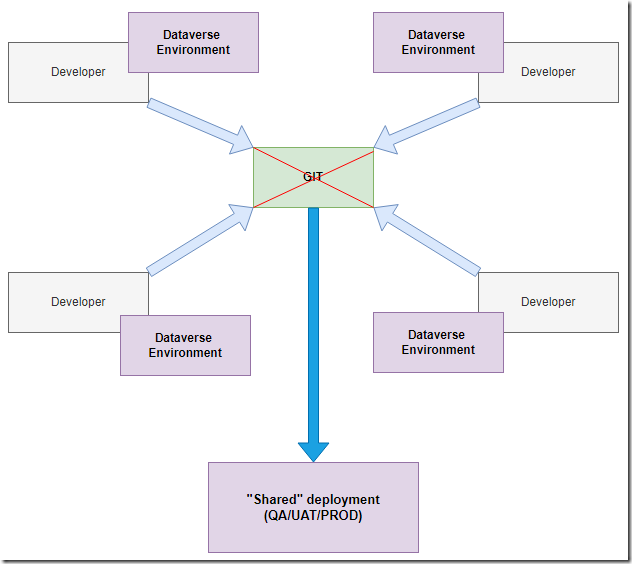 This may work better, but you’ll have to figure out the source control, since you won’t be making “code” changes in those individual development environments – you’ll be making configuration and customization changes, and this is all supposed to be transported through the dataverse solutions.

Which are still far from perfect when it comes to branching and merging support in git, and, more often than not, that last mile between local development environments and git will have to be covered by manually re-implementing changes in some kind of “integration environment”: 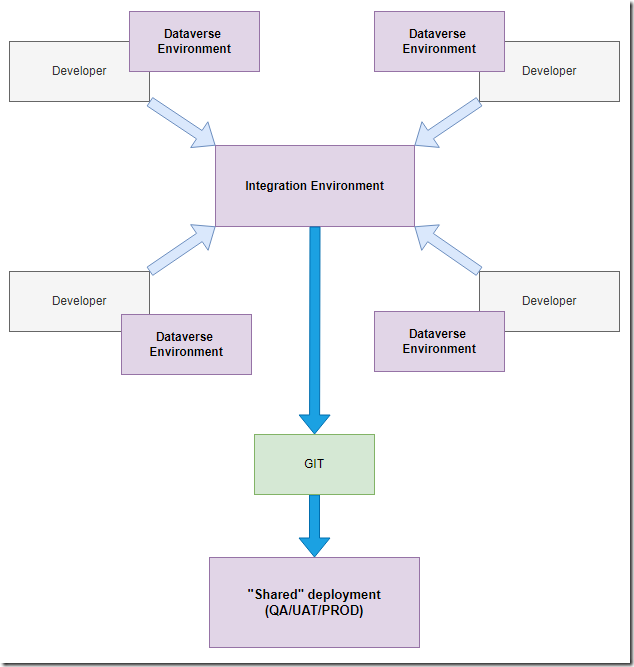 That’s when you may finally have a somewhat similar setup (similar to the classic development), but this involves a few more power platform environments now, and this also involves that manual/semi-manual step of pushing ready-to-deploy changes to the “integration”.