It seems to be very common when there is a project which is trying to implement SCRUM, and which can never really do it because of the inherent problem which occurs when there is a dedicated QA team.

SCRUM assumes QA happens within the sprint, but, when scrum development team is different from the QA team, it can get really messy.

Since, of course, QA can’t start till development is done. Which means QA usually starts close to the end of the development sprint, and that leas to all sorts of workarounds with each of eventually breaking the SCRUM process:

The problem here is, usually, that it’s almost impossible to blend traditional QA and development within the same sprint, and, this way or another, we end up with the diagram below if we are trying to complete both development and QA within the sprint:

So what if we treated DEV and QA processes as two different SCRUMs?

That would requires a few adjustments to the definitions, but, I guess, we could think of it this way:

Of course this would assumes some level of communication between two teams, but this is where Azure Devops can really help because:

And, of course, we can have joint sprint reviews, scrum of scrum meetings, etc.

So, how do we set it up in devops? Here is an example:

For a Scrum project in Azure Devops, create a Dev team and a QA team 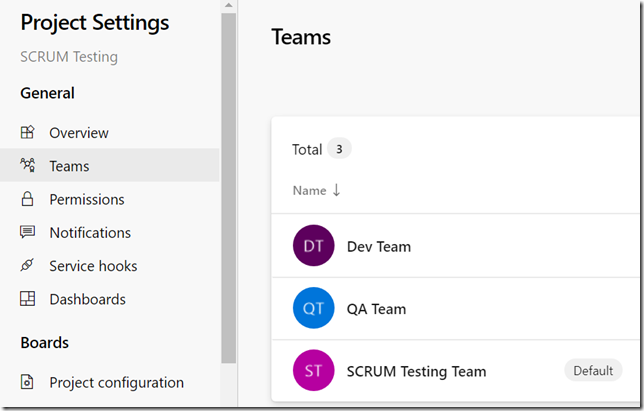 There will always be a default project team as well, btw. You can use that one in place of one of the other ones if you want.

Notice how DEV and QA sprints are aligned. They don’t have to be

For my example, I’ve set up each team to have access to the default area AND to all sub-areas(sub-areas are included on the screenshot below)

Dev team should have access to the “dev” set of iterations 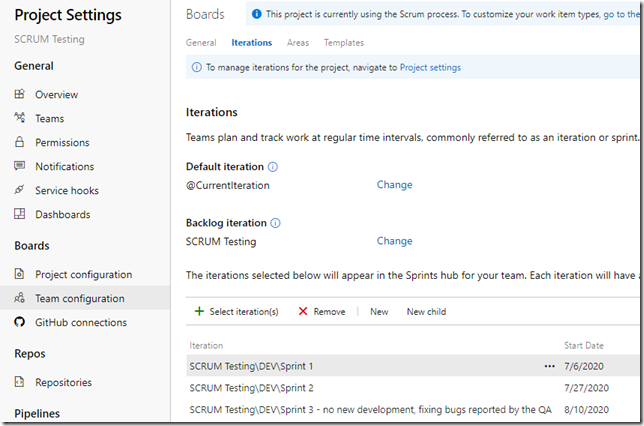 QA team should have access to the QA set of iterations 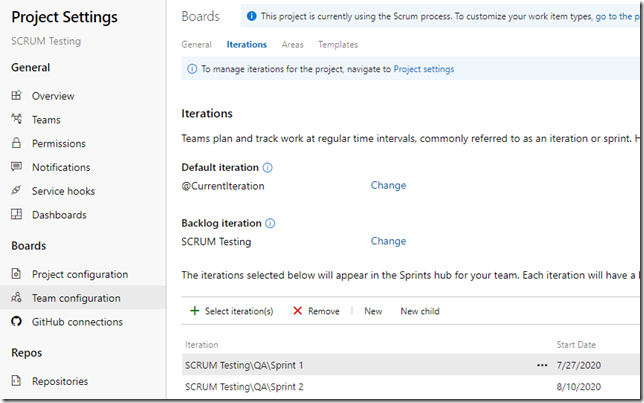 With the setup done, I can now go to the sprint boards for the Dev Team (notice team selection at the top), and add a work item to the bord + a task:

There would still be noting on the taskboard for the QA team:

By the end of the sprint, my task #5077 would move to the “done” state on the Dev Team taskboard:

And I (as a developer) could create another task for the QA and put it to the upcoming QA sprint (which is not quite in compliance with SCRUM principles… but QA team can, then, decide to get those items off the upcoming sprint and handle it in the sprint farther away):

Now if I look at the QA sprint taskboard, here is what shows up here: 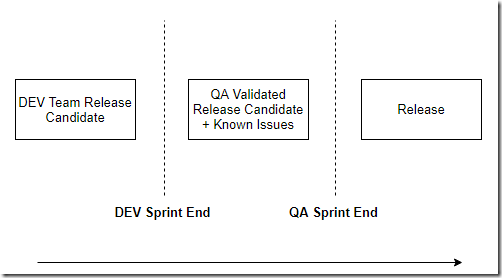