I’ve been definitely struggling to figure out any kind of sane “merge” process for the configuration changes, so I figured I’d just try to approach ALM differently using the old good “master configuration” idea (http://gonzaloruizcrm.blogspot.com/2012/01/setting-up-your-development-environment.html)

Here is what I came up with so far: 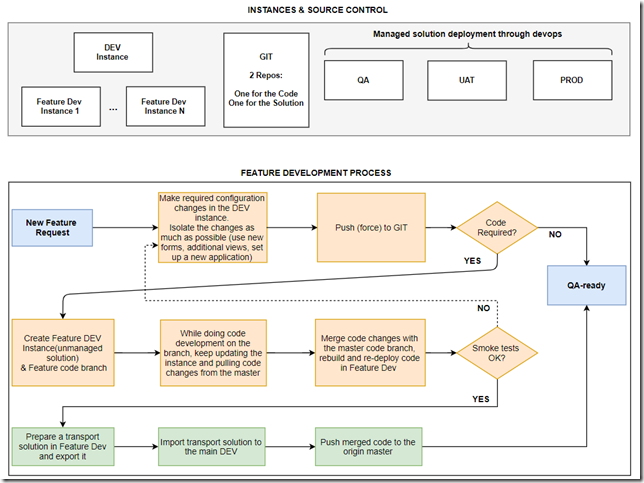