Not without some help, but, it seems, I’ve just uncovered a skeleton in my closet. Which turned out to be this old blog post I wrote back in September 2019:

Now, I stand corrected TWICE in just one day (just for the reference: https://crmtipoftheday.com/1372/synchronous-power-automate-flow-on-create-update-of-a-record/). That’s a little unusual feeling, but, well, the truth has to come out, so… What I wrote back then is incorrect. To my excuse, it was correct then based on what I knew then, but it has become incorrect some time between then and now. Which is precisely why licensing can be just as spooky and scary as those skeletons. 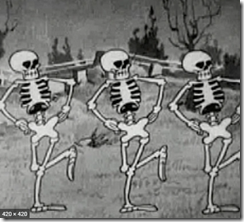 You are probably aware of the various API limits in CDS – if not, have a look at the following documentation page:

If you are aware, but if you did not think twice of the batch requests, have a look there anyway.

There is lots of stuff there, but the reason I’m writing this post is that there is this note which was added some time in December 2019:

To reiterate: for the entitlement limits, those individual requests within batch will still be counted separately, so, for example, this may have implications for the data migration, data integration, etc.

Just keep that in mind. And, with that said, let’s keep moving on.

2 thoughts on “Spooky scary licensing caught up with me again”