With the image columns in Dataverse, we can easily add fields to store images directly in the tables like this: 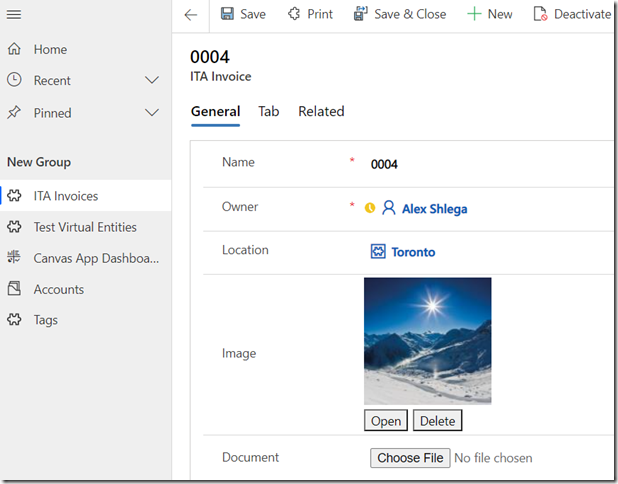 This is great, since this makes all those images/documents much easier to identify than if they are stored in Sharepoint.

In terms of storage, those images are stored in the file storage which is cheaper than Dataverse itself, and which makes it a viable option in many cases. However, I guess somewhat because of that, working with images is not that straightforward sometimes.

For example, what I wanted to build a Power BI Paginated report (the same approach should work with SSRS) and incorporate those images into the report? It’s actually doable, though, it seems, it’s not as simple as just adding an Image control to the report canvas and pointing it to the image attribute. Here is an example, though: 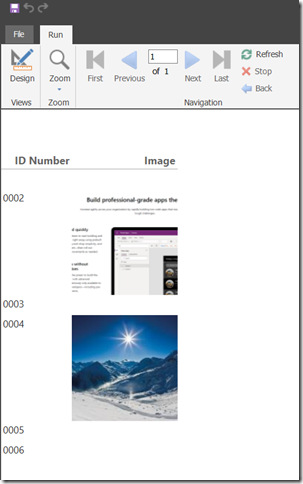 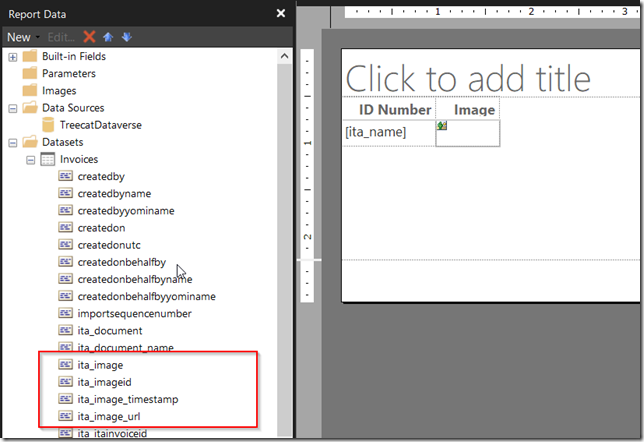 However, when I tried sing ita_image attribute directly with the image control, it did not work: 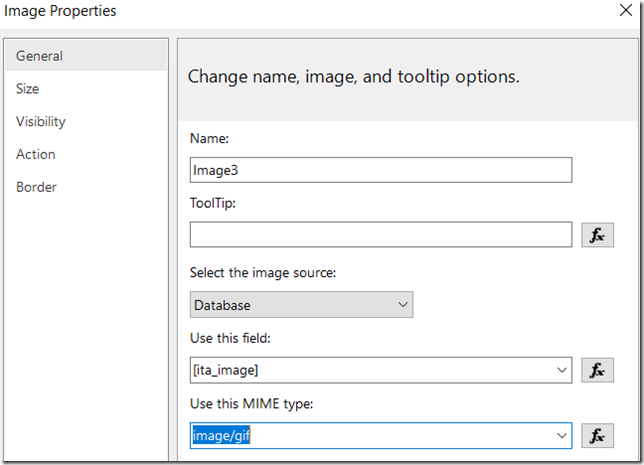 The result of this is not exactly what we would probably expect: 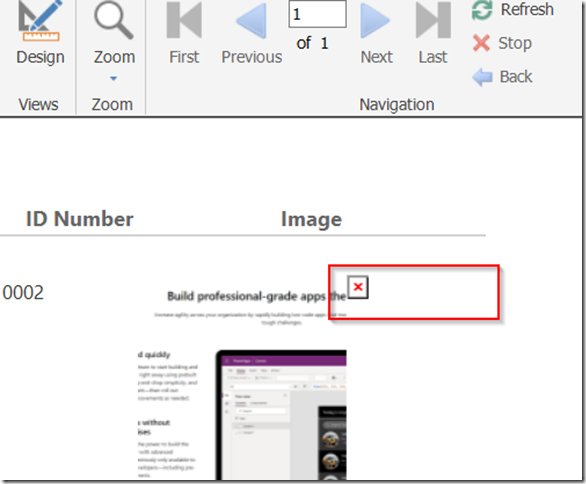 There is another attribute there, which is image url. That’s an actual url you can download the image from; however, it only works for an authenticated user. If I use it to specify image component url: 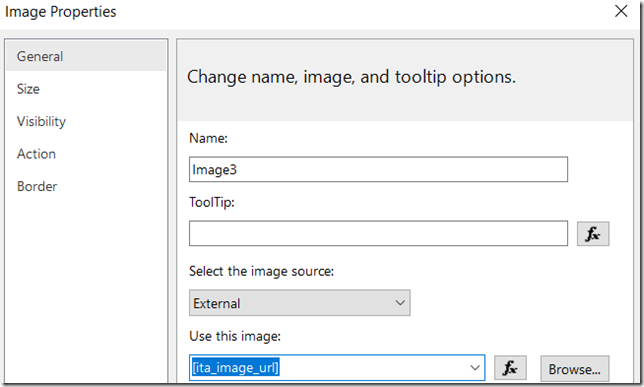 The result is no different from what we saw before: 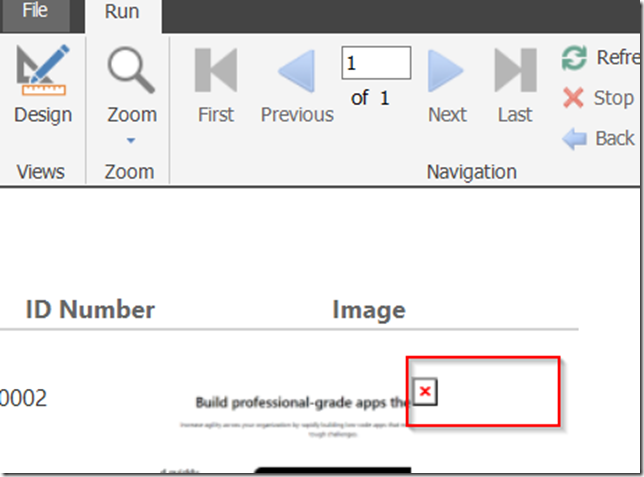 That makes sense, since the report is trying to open that url outside of the authenticated Datasource connection, and it’s not working.

So, how do we make it work?

I guess there are at least a couple of options:

Here is the flow: 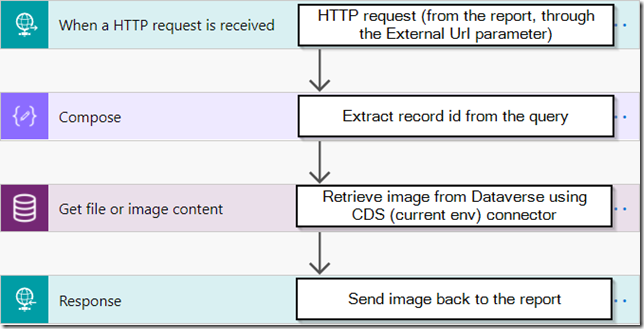 On the report side, there is an image control that’s configured to use external url. That url is, really, a trigger url for the flow above extended with a custom “documentId” parameter: 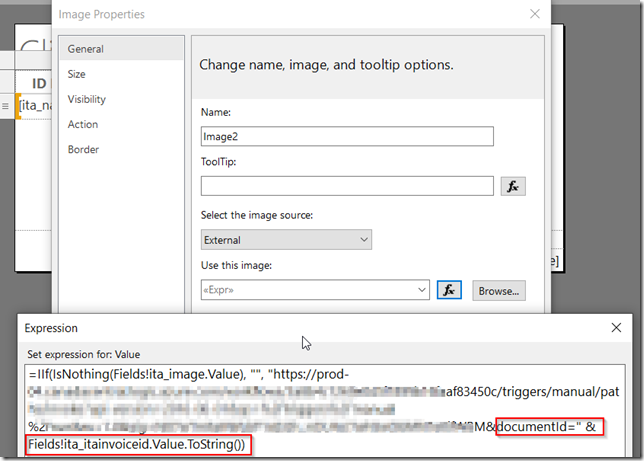 On the flow side, there is a Compose action which will extract documentId from the query:

And, then, here is how the remaining flow steps look like: 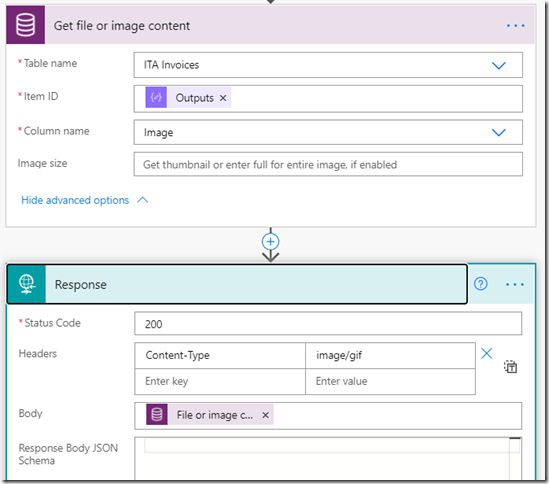 I guess you could say this is not necessarily very efficient – there is a report that’s utilizing a flow to grab some data, not to mention involved API calls and Flow usage… This might not scale well if you need thousands of images per report, but, for a small one (and if you need to prototype quickly), this works just fine.

For a more robust and scalable solution, and unless there is, actually, a way to somehow display that image directly in the report (without having to use “external url”), a better option might be to use a Flow/plugin to upload those images somewhere else first, and, then, display them in the report from that new external location.