I like the unified interface. I did not like it when it was introduced originally, but I don’t mind it at all the way it is now.

One thing I used to not like that much about the navigation in the recent versions of Dynamics is that whenever I clicked a lookup it would just open related record in the same window. That was quite annoying, since I would have to go back and forth in the browser. Personally, I would rather have all those links in separate tabs, since, normally, I have tens of different tabs open anyway:

It’s a bit of a mess, of course, but I find it convenient.

So, when we lost the ability to open links in the new tabs/windows, and I don’t even remember right now when exactly it happened, it was quite a disappointment. What I mean is that, while in the classic interface, a lookup link normally opens up in the same window.

It’s a little better with the grids since you can right click there and use “Open in a New Window” option: 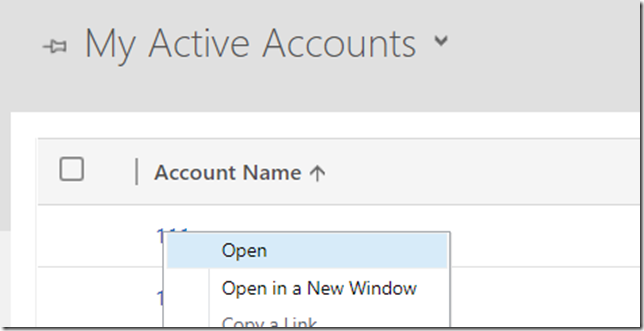 Neither of that is good enough. 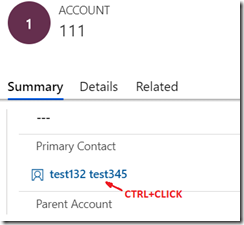 Just use CTRL+CLICK, and that lookup link above will open in a new tab. Use SHIFT+CLICK, and you’ll see a new window.

Small as it is, but it’s been a time saver for the last few months, ever since I’ve realized those shortcuts work in the UCI

6 thoughts on “If it’s one tab/window or if it’s multiple tabs/windows – the choice is yours. Although, you have to be in the UCI”