Since business rule are not going to kick in on the form if there is a column referenced in that rule which has not been added to the form, we can just create a column in the table, add it to the application-specific form, and reference it in the rule. For example, it could be a text column, and we could use it in the business rule condition like this: 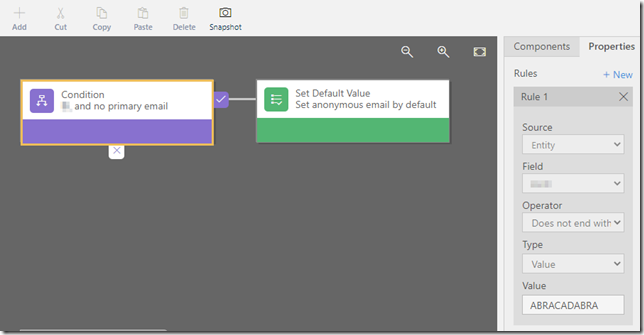 Then, if that column were on the form, the rule would kick in. Otherwise, it would not. So, all that’s left to do is add that column to the application-specific forms.