What is the real difference between Access Teams and Owner Teams in Dynamics? Is it just that selection in the Team Type dropdown? 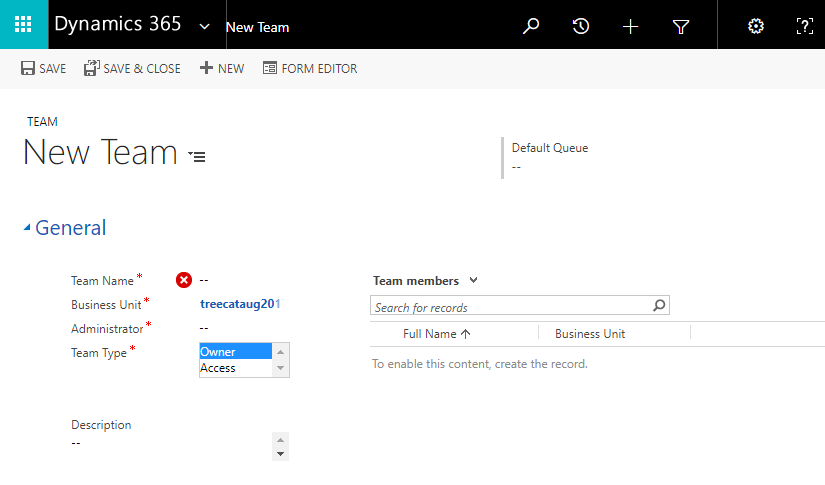 Maybe let’s start the other way around: what’s not different?

So, if access and owner teams are that similar, why did Dynamics introduce Access teams at some point(there used to be Owner teams only in the past)?

This is where, if you have not read the following article yet, you probably should:

But I’ll try to provide a shorter version below.

The problem with the owner security is that there is a lot Dynamics has to look at to validate user’s permissions.

Imagine what’s going to happen if there are 10 teams. Or, maybe, 100 teams. Or 1000.. Those security calculations can quickly become the one and only job Dynamics will be spending all server resources on.

There are two ways to make this situation better (other than to redesign the whole security model):

And this is exactly what Dynamics is doing behind the scene. First of all, there is a security cache on the server. It’s calculated when the user logs in, and it stays there until it needs to be recalculated. There a few reasons why that kind of cache may have to be recalculated, but, essentially, it’s all about changing the set of security roles which the user has. For example:

If that happens, security cache will be recalculated (and that will take a bit of time – you may notice a slowdown when navigating to another page in Dynamics at that moment). As far as security cache is concerned, that’s more or less how it works.

However, Dynamics is also reducing the number of teams that can affect that cache by introducing the Access Teams. Because, you see, you cannot assign security roles to the access teams. So there is no need to do anything with the security cache when such a team is created and the users are added to the team.

The way I see it, that’s the one and only reason why Access Teams were introduced in Dynamics. Otherwise, the system could just keep using Owner teams where it currently requires an access team. It becomes really critical when you start thinking about the team templates and “sharing” in general. For every team template, there can be one team per record in Dynamics. Imagine 10000 opportunities in the system, each having it’s own access team.. IF those were owner teams, it would be a very tough scenario for the security cache calculations. With the access teams, Dynamics can just ignore them when doing those calculations (yes, it still has to calculate access granted through sharing.. But, at least, it can safely assume those Access Teams won’t have any security roles).

So the difference is not, really, that we cannot assign security roles to the Access Teams.. or that we cannot use Owner Teams with the team templates.. those characteristics of the Access/Owner teams are there because of how these two types of teams are supposed to affect Dynamics performance. Owner Teams will affect the cache directly, so we should not be using them for sharing that much. Access teams can be completely ignored from the security cache calculations standpoint, so, if we want to use record sharing with teams, we should be using Access Teams for that.