Here is a Scrum-related problem which I’m sure has been discussed before and will be discussed again.. so it’s just me thinking out loud.

We have developers, we have testers, and we have business analysts on the team. Our product owner is not a single person but a group of people where various stakeholders come and go. And, yet, we are still trying to do scrum.

To start with, why are we trying to do scrum? I think that’s because scrum is offering something.. it’s almost like a promise.. a promise of bringing some order to the chaotic process we used to follow before. With its product backlog, sprints, product increment, and well defined timeboxes, it seems to be just what we need.

And, then, well-defined scrum theory collides with the reality – we don’t have a single product owner 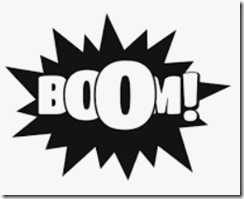 We were not given one.

I think that’s the single most important problem any Scrum team could have, and I am wondering if there are, really, Scrum teams that don’t have it

Really, I can only salute the organizations that understand the importance of this concept.

There are questions all around – for example, as a member of the dev team, am I supposed to ask the BA or am I supposed to ask the SME-s when I have questions about the user story? Anyway the BA-s will likely have to confirm the answers with the SME-s, so why not to ask directly? But, then, the BA-s might find themselves a bit out of the loop, and there is a reason they need to be aware of all those discussions – developers can’t just start chasing all the SME-s, there has to be at least some order.

Actually, are we supposed to treat business analysts as members of the dev team?

My personal opinion – we probably should not. Sure they would be members of our scrum team, but not the dev team, right?

Then how far do we get it? Should the business analysts participate in the estimation exercises? It’s a bit of a stretch if they do, since they really don’t have much to say as far as development/testing is concerned, but, on the other hand, if they go back to the client to discuss those estimates.. they have to be prepared. It’s hard to be a proxy.

See, what was, once, a well-defined framework, is quickly becoming a set of assumptions, questions, and workarounds which we have to come up with to accommodate just a single change in the framework.

Which is, we don’t have a dedicated product owner.

So now I’m wondering.. would it be possible to sort of turn a BA into a product owner? To make the Scrum whole again? It would definitely be a challenge – business analysts will have to become much more familiar with the business in this scenario, but, as a result of this transformation, a lot of communications and decision making on the project might become much more simple.

It is not for the Scrum team to “raise” a product owner, though, it’s for the organization to do. Did anyone try doing this?