If you have not heard about UI Flows, give them a try! As in right now… that’s just some cool stuff from Microsoft which is now in preview. 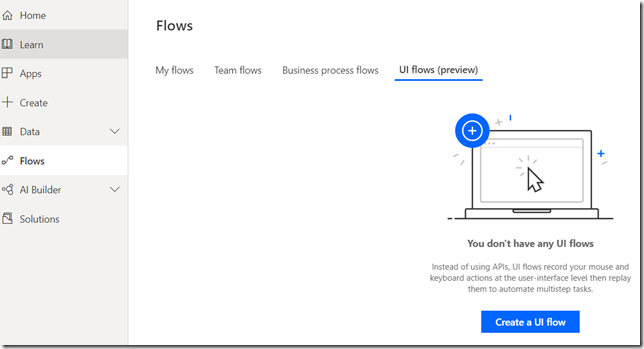 The coolest part about it is that, right from the start, you can probably appreciate where it’s all going:

There are no connectors, there is no API, there is nothing BUT recording and re-running of the user actions.

You want to automatically open an application, fill in some fields, click save button, etc? There you go. You want to open a web site, populate some fields, click “next”, etc? That’s another scenario. Basically, we should be able to automate various usage scenarios – I am not sure if this also means we’ll be able to use this for automated testing, and I am also not sure to what extent this will work with various web applications where controls are created/loaded/updated on the fly… But, if it all works out, this is going to be really interesting.

And I am wondering about the licensing, since, technically, it seems there will be no API calls or connectors involved, so might not be a lot of load on the Microsoft servers when running such flows. Does it mean “not that expensive” licensing? We’ll see, I guess.

Let say I wanted to create a desktop UI flow: 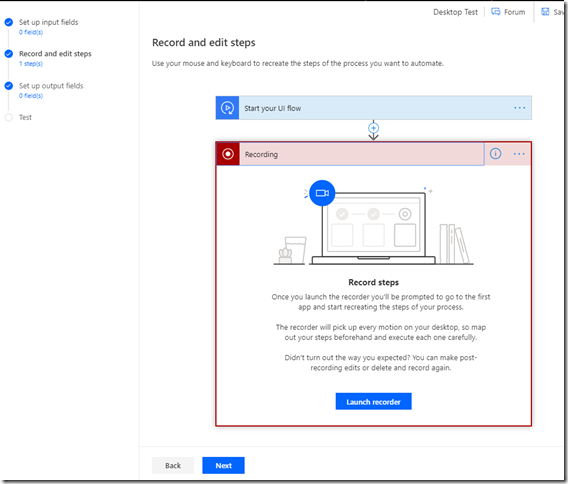 Apparently, need to download a browser extension. Presumably, that’s to actually perform actions on my computer (heh… how about security… anyway, that’s for later): 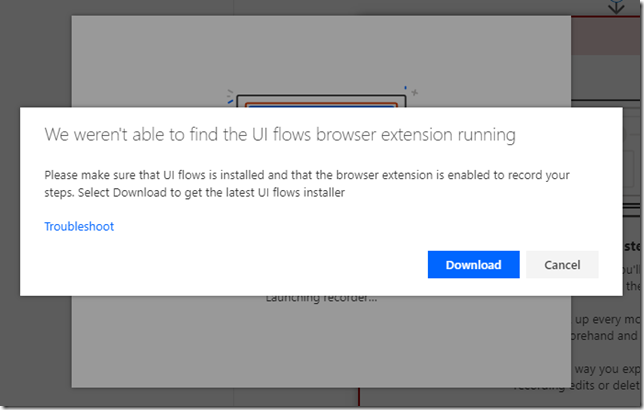 Here is a funny hiccup – the installer asked me to close all Edge/Chrome windows. Lost the Flow, had to re-open and re-create again.

Continuing from there and still getting the same error.

Some back and forth, tried installing new Edge (Chromium), still the same… Eventually, I tried updating that same Flow using a different portal:

It finally worked that way, and it also started to work through make.powerapps.com after that.

And I have just recorded a UI Flow which is going to put some text into a notepad window! 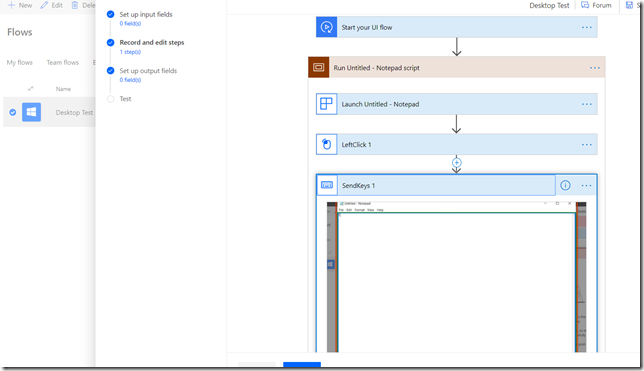 Here, have a look (it takes a few second to start the test):

Might seem like not too much  for now, but keep in mind this was just a simple test. At the moment, I am not even sure of the practical applications and/or limitations yet, but that’s for later.