I keep saying there is just no way to know everything about Power Platform these days.

Below is a a year-old news, and I just ran into it out of a sudden while trying Power FX buttons (which I am still trying). Somehow, a new item showed up on the menu which I am pretty sure I have not seen before: 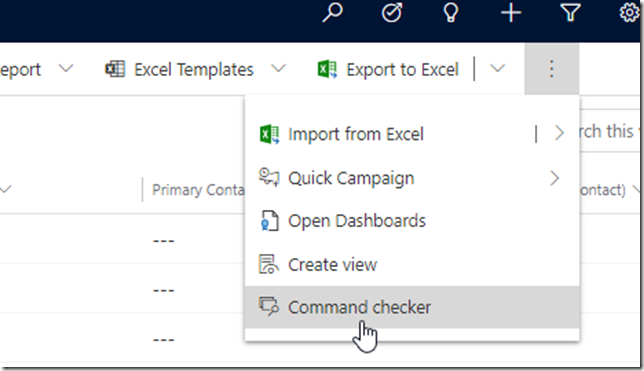 Turned out it’s a very useful tool that was first released more than a year ago:

It is normally hidden from the ribbon, and you have to add ribbondebug=true to the url for this option to even show up. I guess while I was working with all those preview features (pages, Power FX commanding, modern app designer), that parameter got added to the url at some point, so that’s how I ended up enabling command checker without even knowing about it.

So now that I know it’s there, though, I am just thinking of how useful it would be every time I were adding a new button to the ribbon, since I would have to spend a bit of time troubleshooting rules for almost each of those buttons. What if I could just open the command checker and see what’s going on? 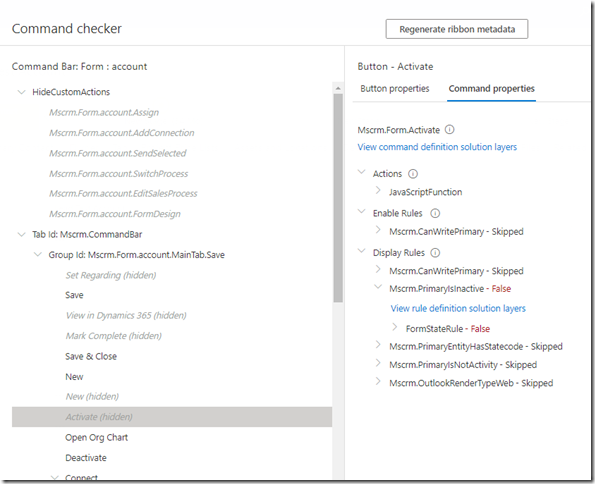 Oh, the button is there… but that specific rule has evaluated to false. No need to do the guess work.

Although, it seems this tool is not, yet, completely hooked up to the Power FX command buttons, since here is what I see for one of them: 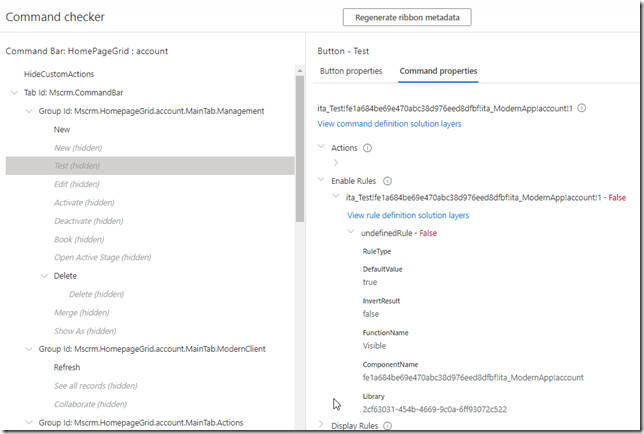 I’m guessing there is some kind of script behind which is not recognized by the command checker, but which is created by the app designer for the button below:

Ok, let’s put it this way then:

It will probably be updated, though, so everything will come together.