I think at least half of my posts should start with “I was pulling my hair out, and then..”

If you ever tried creating a printer-ready screen in Dynamics that would, among other things, display a Base64 image stored in a field, you might know the feeling.

There are two possible options out of the box, it seems:

However, here is what I was observing when trying to download a word template that would display my Base64 image: 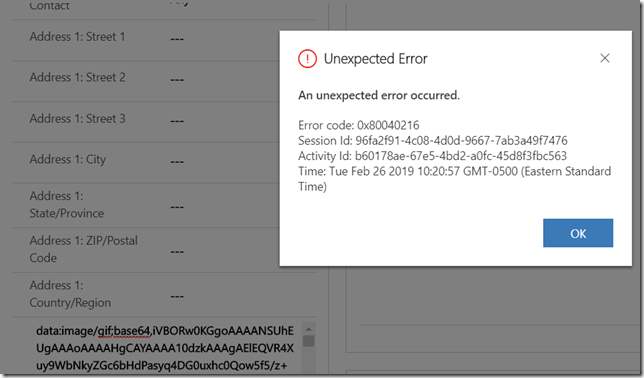 And, in the SSRS, I was observing different things, but, in the end, no images would be displayed (I think I’ve also seen “Errors” in that column, but I could not reproduce those now): 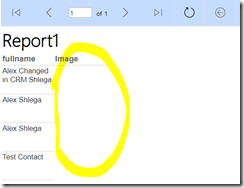 Here is the thing, though. I was using a PowerApp to create those images through a Camera control, so, if you look at the screenshots above, you’ll notice how there is a prefix added to the Base64 string which identifies the type of that string: data:image/gif;base64

I did not know that was the problem – for that matter I did not even think twice about that part.

Until I ran (not even sure how – somewhat by luck) into this awesome thread on the community forums where Wouter Madou provided all the explanations needed to make this work:

Short version – just remove that data:image/gif;base64 from the string. Picture content control in the templates does not seem to understand that prefix.

That took care of the Word templates, though I am still unable to display those images in the SSRS report. Well, I can actually display them in the Visual Studio when previewing the report, but not directly in Dynamics for some reason.

Well, that’s enough of hair pulling for now, and I can get back to wrapping up my PhotoID prototype – will be using a Word Template for ID printing.