Ever since I have started working on the current project, there probably was not a day when I would not discover something new (of course what’s new for me is not necessarily new for somebody who’s been working in the online environment for a while).

When working on-premise, you get to know what to expect, what’s doable, what’s going to cause problems.. and, at some point, you just settle into a certain rhythm, you learn to avoid some solutions in favor of those which are more likely to succeed in that particular on-premise environment, and that’s how you deliver the project.

Compared to that, working in the cloud environment sometimes feels like visiting some kind of a wonderland. There are wonders everywhere, they are good and bad, they never cease to amuse you, and you can’t help but keep wondering for a couple of reasons:

Even just for Dynamics, there were 6 (six!) updates in April. However small they were, that still means something was fixed, possibly some changes were introduced, etc:

Is it good or bad?  Or, at least, is it better or worse than working on-premise? Hard to say – for all I know, it’s very different.

I am happy to see the latest and greatest features at my disposal. Even though this certainly comes with a greater probability of seeing some sneaky new bugs.

Even if some features are not that new, it’s great to try what the community has been talking about for a while (just to name a few: Canvas Apps, Flows, Forms, etc). Although, it does not take long to realize that there are limitations.

When it comes to the limitations, it’s probably the most challenging factor for me, personally, since it’s difficult to figure them out until you’ve tried, and, back to what I wrote above, you can’t possibly know everything about everything. So there are, likely, more features that I have not tried than those that I have tried. For the ones I have not tried, I may know what the idea is and what they are meant for, but how do they really perform when tested against the specific requirements? A lot of what I’ve been doing lately can really be summarized as “research and development”, which has never been that much of a case while working on-premise.

And, of course, there is so little control we have over the environment/API limits/logging/etc.. Plus there are licensing considerations almost everywhere (can we use Power Apps? Can we use Flows? Can we use this or that? What is currently covered by our licenses and what will have to be added? If we need to add more licenses, how do we justify this decision and how do we get it through the procurement?)

Still, there is something I heard earlier today that makes up for at least some of those hassles. It’s when a developer said “This is a great idea, and minimal effort”. You know what he said this about? Using Microsoft Flow with an http request trigger to accept json data from a web form and to send it to Dynamics.  It literally takes half an hour to prototype such a flow (and maybe another hour to adjust the json). Which is much less than a few hours/days he would have to spend otherwise figuring out the details of Azure App registration, OAuth, etc.

So, yes, it’s a wonderland. Of course you never know what kind of surprise is awaiting you, but that just makes it more interesting. 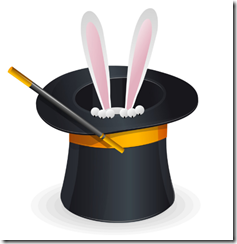