Have you ever tried adding power apps applications to the office app launcher?

I actually had not done it myself up until a few days ago, when one of the users mentioned they were observing some strange behavior there.

So I tried, and it was working perfectly fine for me, until, just by pure coincidence, we’ve noticed what the difference was.

But first things first… Here is an app launcher panel with my app added to it: 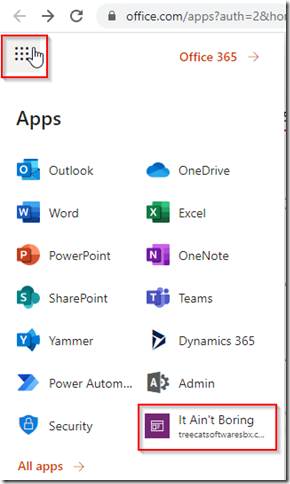 It’s easy to add apps there, and there is a short support video here which will walk you through the process if you are not familiar with it yet:

Exactly the same app is current showing up in the app launcher when I’m opening it from the model-driven app: 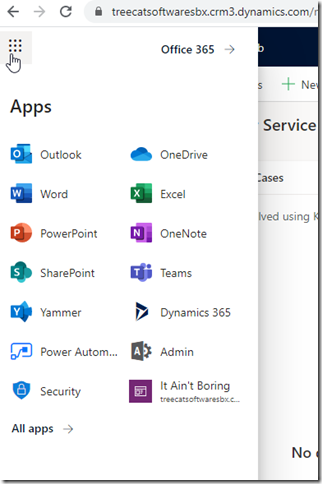 So that’s, really, a nice quick navigation link everybody can set up for themselves to switch between the application they are using often.

There are a few caveats there, since, even though app launchers on both screenshots above look the same, there are not the same.

This whole post started because one of the users wanted to unpin the app from their app launcher, and they could not. Turned out that option is available in the office app launcher, but not in the model-driven application app launcher: 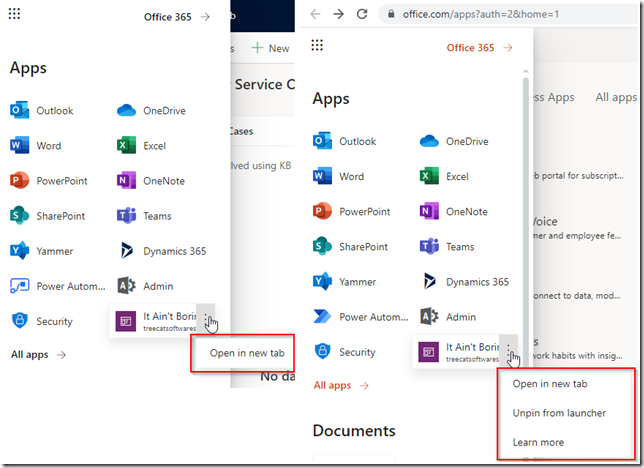 And, on top of that, there are a few caching/synchronization delays which I ran across while trying this out.

Once a business application (canvas/model-driven) is added to the tenant, it might not be available for a while on the “office app launcher” side

This could be really frustrating, since you’d think it would be there, but it just refuses to show up. And this seems to be a caching issue.

Somebody gave me a good advice and suggested that I should try using “sync” option at home.dynamics.com: 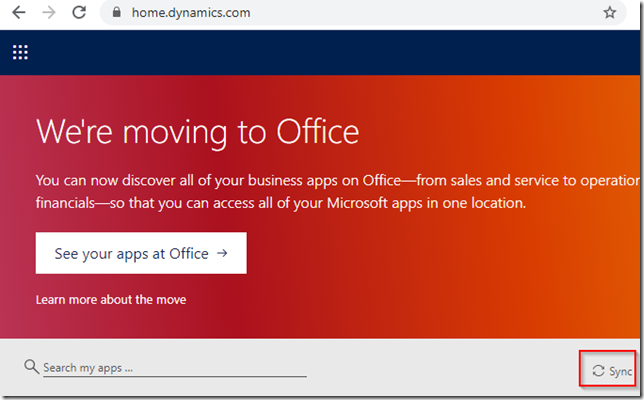 That seems to have helped, although, the result is not, always, immediate. It may still take a few hours before new app becomes available to the office app launcher after this.

Once the app is added to the office app launcher, it may still take a few hours before it starts showing up in the model-driven application app launcher

Apparently, there is another cache involved somewhere. Not sure if there is a way to quickly refresh it, but, from I saw, it may take another day before you’ll see that app in the model-driven app launcher.

All that said, it seems to be a nice feature that can help users navigate through different apps quickly. Just don’t panic if they start calling you about somewhat unexpected launcher behavior – it might well be one of the issues above.