For some reason, this issue comes up every now and then. It may come up when talking to the new application users, to the new developers, to the business analysts sometimes… and, usually, it needs to be addressed quickly.

Basically, it might not be obvious that different applications in the same environment might still be accessing the same data: 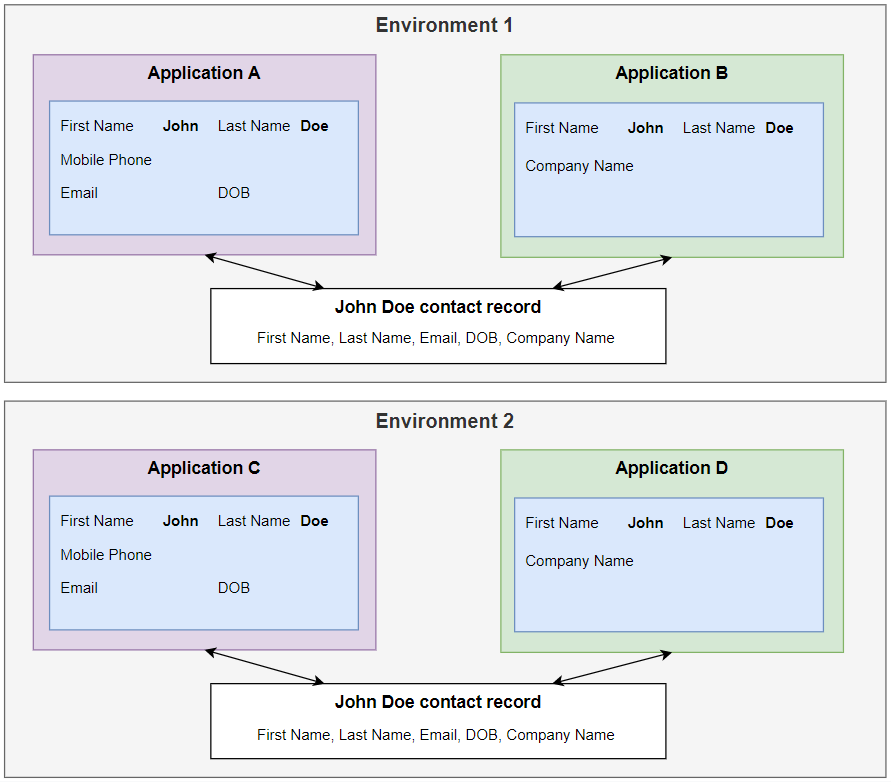 What the screenshot above is meant to illustrate is that:

So, then, what if we need to isolate data between different applications? That’s doable, of course, but that’s a question of setting up a proper security model, or, possibly creating custom tables so that each applications exposes its own table instead of using the same shared ones. That’s something applications makers / developers would have to take care about when creating the application.