There was a little unusual scenario to cover. With user-owned tables in Dataverse (see, I’m practicing different pieces of new terminology in the same sentence

), how do we keep all records under the same team?

You might probably question the scenario to start with, and I’d be happy to just say that there is a hungry team here which wants all the records to itself: 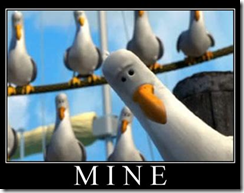 It could probably be handled by giving such users a security role, but we may forget to remove roles. So we might give those roles to the team and keep adding/removing users to/from the team. Would not be quite clear what to do with the “owner” field if the users moves to another BU and does not need access to the data.

Plus there is data migration, so all those migrated records have to be assigned somewhere.

Anyway, it’s not necessarily the only option, but it’s an option, so how can we do it?

We can use the same plugin for any entity. Although, we will need to register 3 steps per entity

And what are those steps?

Since the plugin will be running in Pre stages, it won’t need to consume additional API calls. Instead, it’ll be replacing “Assignee” (or “Owner”) in the incoming requests as they keep coming in.

And, then, just need to add SDK steps for every entity you want to handle that way. For example, this would be for the “Assign” message: 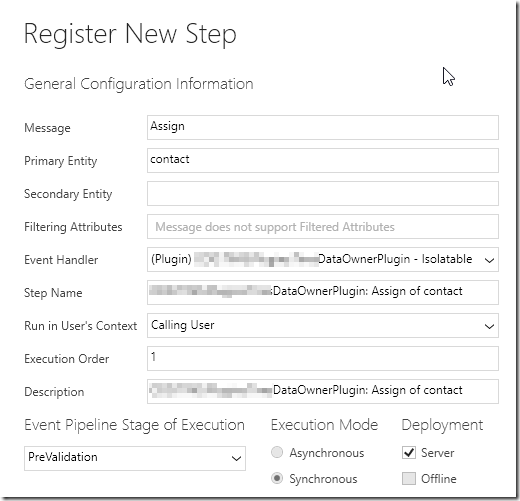 Of course you could make the plugin more intelligent – for instance, you might want to to look at the specific fields and only assign records to the team when those fields have certain values.

But those would be enhancements, and I just wanted to share basic code here.

6 thoughts on “How to: intercept record assignment and keep it under the same team all the time?”