Almost a month has passed since the previous post on the DevOps topic, so, the imaginary “Debbie” developer has left the project, and, it seems, I have to finish development of that second feature myself… Oh, well. Let’s do it then!

(Tip: if you have no idea what I am talking about above, have a look at the previous post first)

2. Review the environment to make sure unmanaged solution is there 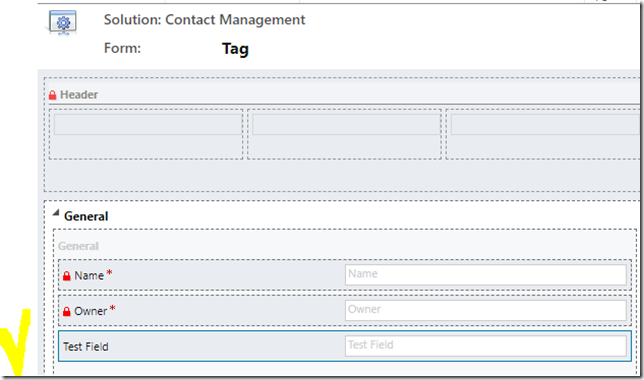 4. Run Export and Unpack pipeline on the Feature2 branch

5. Make sure I am on Feature2 branch in the local repository

Since I got some conflicts, I’ve deleted my out-of-sync Feature2 first:

At the moment of writing, it seems PowerApps Build Tools do not support solution packager map files, so, for the JS files and plugins (which can be built separately and need to be mapped), it’s done a little differently. There is a powershell script that actually copies those files from their original location to where they should be in the unpacked solution.

In case with the script I need to modify, the script itself is in the Code folder:

The way that script gets added to the solution as a webresource is through the other script that runs in the build pipelines:

So, if I had to add another web resource, I would do this:

Since I am not adding a script now, but, instead, I need to update the script that’s there already, I’ll just update existing tagform.js:

7. Commit and push the change to Feature2

This is similar to step #1

Note: the previous two steps could be done differently. I could even go to the solution in PowerApps and update the script there if I did not need/want to maintain the mappings, for example.

9. Now that the script is there, I can attach the event handler 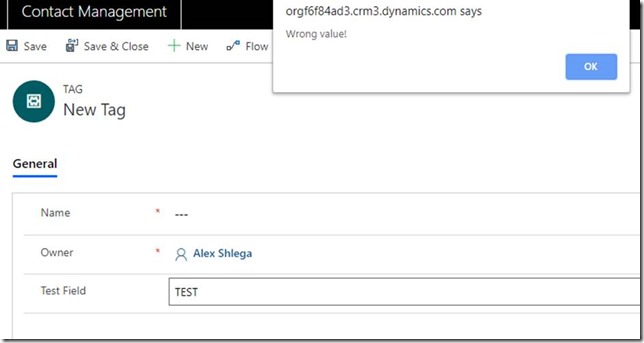 11. Run Export and Unpack pipeline on the Feature2 branch to get updated solution files in the repository

At this point, you should actually see New Entity from Feature1 in the Feature 2 dev environment:

Then, run Build and Test pipeline on the Feature2 branch and ensure all existing tests have passed.

15. Finally, merge into Master and push the changes

16. Build and Test pipeline will be triggered automatically on the master branch – review the results